Keynote Lecture titled, Being in Time: The Experience of Nationhood. will be given by Bernard Yack, the ‘Lerman Neubauer Professor of Democracy and Public Policy’ at Brandeis University.

The rise, or re-emergence, of nationalist rhetoric in many parts of the world in recent years confronts academic historians, of whom only few sympathize with such rhetoric, with new questions and challenges. Although many historians may temperamentally be slow to respond to short-term political exigencies, they have been caught up in a feverish climate of political confrontation even in countries where academia until recently seemed shielded from everyday party politics. What many believed to be evenhanded historical judgements have shown their potential miraculously to mutate into the fiery battle cries of political tribes.

Rather than discuss the merits and pitfalls of historians’ political engagement, the purpose of this conference is to debate whether the present political moment compels us to reassess our understanding of nationalism, both as an object of historical study and as a force shaping the history and practices of our discipline. In particular, the meeting seeks to query the relationship between the historical study of nationalism and methodological nationalism, which social scientists have widely condemned. Starting from our present political moment, the conference thus serves to take stock of the past decades’ major academic developments in history in relation to nationalism.

Organised by:
Graduate Institute in partnership with the Pierre du Bois Foundation 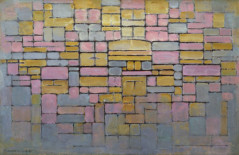